The hunt for real food is top of my agenda every time I visit the USA on a work trip.

It never fails to shock me just how difficult it is to get hold of food and drink that isn’t highly processed and loaded with corn syrup.  Obviously America is a big place and I shouldn’t make such sweeping statements, but I’m usually confined to the big cities.

How do the locals manage it…?  Generally, they don’t.  Enough said.

The lack of healthy options is insane – hotel fruit bowls are too often ‘just for show’, and breakfast contains enough calories for an entire day.  Whole Foods is usually my saviour; we’ll make a beeline there to pick up supplies shortly after landing.

The standard diet in America hits me hard.  My teeth actually ache from all the sugar, and after a few days of Eggs Benedict and enough beef to march an army across the globe, the desire for anything even slightly green becomes insatiable. Maybe my metabolism would adjust after a few weeks/months.  I’m certainly not willing to test the hypothesis.

And then there’s the exception to my dietary principles…  Adventure.  Anything that’s both local and new is simply irresistible. So, after the misfortune of experiencing Chick n’ Ruth’s of Man v’s Food fame, all was looking fairly bleak until Cantler’s Riverside Inn stepped into the ring…

This place is a veritable oasis.  Reassuringly understated and refreshingly unpretentious, Cantler’s of Annapolis is exactly what it is: A Crab House.  In my eyes, the simple things tend to be the best.  No fuss. 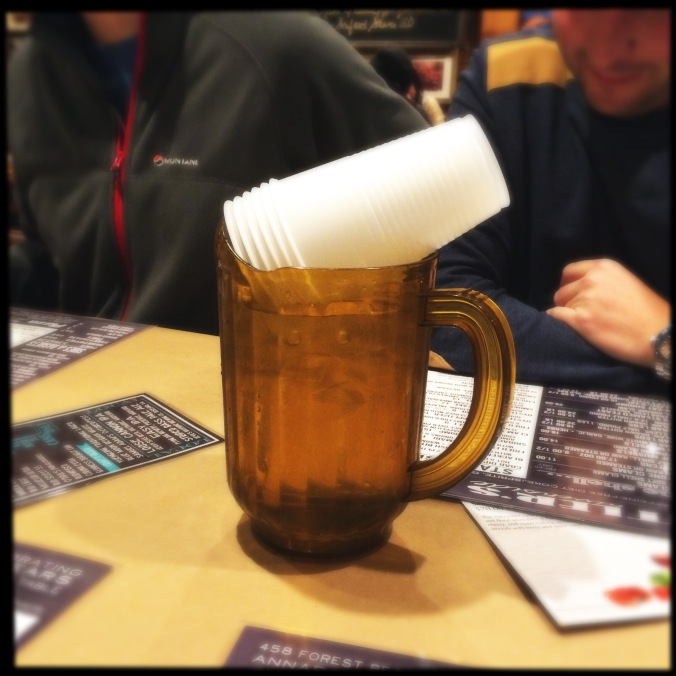 Given there were a few of us sharing a bench in the casual family atmosphere, we made the most of it and sampled an array of dishes, accompanied of course by cold local beers.

Of all the oysters I’ve ever eaten, I can’t believe that I’ve never had them baked before.  These little bad boys were baked with horseradish, bacon, jalapeno and cheddar.  I should have ordered more.

Side salad and Drunk’n Mussels?  Go on then.

And now for the main event.  I probably didn’t need to order both the King Crab and the Snow Crab whilst sampling the local Blue Maryland crabs, but hey, adventure!

Steamed to perfection and served with some rather large onion rings, coleslaw, Old Bay and fried green tomatoes (we are in America after all).

It’s all fairly healthy if you can resist the drawn butter with its nutty allure.

Now here’s a new one on me that I’ll be replicating this Christmas; ketchup laced with horseradish… stunning. 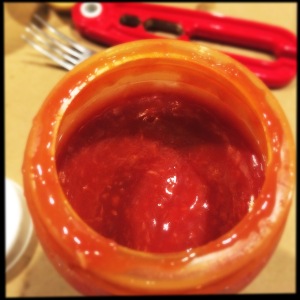